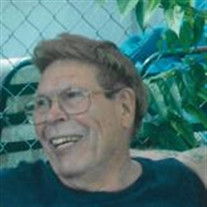 Carl Lyman Mattison, Sr. Age 93 passed away peacefully on January 27, 2022 at the Seneca View Nursing Facility. Carl was the oldest son and one of twelve children born to the late Lyman A. Mattison and Rose Gardner Mattison of Westfield, PA. He was predeceased by his wife of 52 years, Rosemary Oberist Mattison, son, Ronald Bohlayer, grandson, Brian Bohlayer, brothers and sisters, Beatrice, Doris, Kenneth, Donald, Herman, Lloyd, Dale, and David Mattison. He is survived by his sons, Carl Lyman Mattison, Jr., and Richard Bohlayer, daughter in law, Deborah Bohlayer, sisters, Catherine Liles, Clara Hulbert, ands Lois Bates, sisters in law, Dorothy Mattison and Cheryl Mattison, 5 grandchildren, 9 great-grandchildren and a host of nieces and nephews. Carl had a heart of gold and a zest for life. He loved children of all ages, and always included them as part of his life. In his younger years, he enjoyed hunting, fishing, frogging with his many brothers and he passed along his skills to his sons, nephews and nieces. Holidays would always find him showing up at the door of one of his many siblings, bearing food and gifts for the children. When asked, what part of the turkey he wanted, he'd reply, "the part that flew over the fence last." His many nieces and nephews were glad to see him show up, and exhausted when he left, as he was a big kid himself engaging in activities from watching cartoons, coloring, wrestling, building snowmen, snow forts, going to the movies, or taking them on kennedy (long) walks. He enjoyed tropical fish and aquariums, growing gardens, making his homemade spaghetti sauce, conversations with his family and loads of laughter. Carl will be greatly missed by a host of family and friends here on earth, but welcomed with open arms by his many family and friends in heaven. Fly high father, brother, uncle and friend. Soar onto heaven although you leave us with tears in our eyes, you replace smiles on those awaiting you in heaven. Funeral Services will be held at the convenience of the family.

Carl Lyman Mattison, Sr. Age 93 passed away peacefully on January 27, 2022 at the Seneca View Nursing Facility. Carl was the oldest son and one of twelve children born to the late Lyman A. Mattison and Rose Gardner Mattison of Westfield, PA. He... View Obituary & Service Information

The family of Carl L. Mattison Sr. created this Life Tributes page to make it easy to share your memories.

Send flowers to the Mattison family.