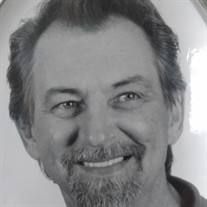 Age 82 Born 3rd of March 1937 - - died Friday 13, 2019 Matt passed peacefully at home at the end of long struggle with COPD. Characteristic that he would depart on the notorious Friday the 13th with a full harvest moon in the sign of Pisces, like his Sun. He is survived by wife Betsy & son Andrew, wife Becky & beloved granddaughter Hannah. Matt was youngest of 16, 4 still living. Also many other close, loved family & friends He wished to mention his niece by love Jessica Coletta Tuttle and nephew Jesse Fleet, with whom he shared deep connections. Matt was born in Cleveland, left school to work, then joined the Army; stationed in Lebanon & Orleans France & living with a 3 star general as his driver/ assistant, traveling throughout Europe. Matt joined the newly formed, by JFK, Defense Intelligence Agency, through the Army Mapping Service. He was the supervisor of his unit, and worked mapping coordinates during the Viet Nam War. This included bombing sites. He left with sorrow for his part in a war he no longer supported. Matt & family moved to the Finger Lakes area, which he chose because of its beauty & opportunity for outdoor activities-notably hunting & fishing. Matt was an avid and accomplished hunter, outdoorsman and fisherman. He purchased a rural spot surrounded by woods & created & stocked several ponds. He owned & operated Matt’s General store in Wayne, above Keuka Lake. Matt sold the store & then joined the team from Corning Enterprises that was reopening the storied Watkins Glen International race track. He retired as General Manager of Operations after 20 years of dedicated & happy hard work. He was very proud to be part of the team that brought racing back to this area, and did so by creating an operation almost from scratch. Upon his retirement & suffering from chronic pain, he sought a quieter, more solitary way of life. He spent his time as he wished, some with family & few friends, cats, and gardening as he loved green, growing life and had a passion for flowers, and all living creatures. These are the bullet point facts which say so little of the truth of a person. Matt was an ordinary, extraordinary man who experienced a life of many incredible events. He jumped into life with enthusiasm, belief and imagination. He loved adventure and having a good time, enjoyed hard work. A magnet for odd, intense experiences & people, and near death encounters - all became material for his many amazing & colorful tales of life. One of his identities was as storyteller, amazing his audience with his hard to believe adventures, laughing at the common reactions of disbelief. Matt was a man of many enthusiasms & a piercing intelligence, curiosity & intuition-full of good humor & an open mind and compassionate heart. He was never afraid to be just himself, never tried to be anything but who he honestly was. Matt really lost touch with people & life as he became more ill, chronic pain became his evil Siamese twin. He had the heart of a wolf, strong & true-surviving so many injuries and illnesses. Because he lived in Elmira where he never worked or was a public person, this obit is a call for any who wish to come and remember our unforgettable Matt. He wanted only a celebration where we would laugh and party. If you shared any hunting, fishing or other adventures with him, if you knew him from the store or the track, if he helped you by listening & advising, if you laughed together, talked about UFOs, history, gardening, trees, flowers, cars, ghosts, nature, anything - please come & tip a glass to say goodbye. If you cannot come & would like to send a note or quick video for memorial- please send me an email @ [email protected] or pm on FB. Among a thousand regrets & wishes for loved ones, Matt would highlight his wishes for all to be unafraid to live & leap into the adventure of life. He deeply believed in and practiced living in the NOW, make time for love and fun, urging all to add more pleasure in life. He also would urge all to find a way to interact with nature, to go outside, to woods or yards, experience the beauty & wonder of the natural world & its precious life. He further was most sorry to have missed seeing the Buffalo Bills reign as Super Bowl champs for at least one year. Matt was an avid student of WWII history & was distressed & sickened at the current parallels of the rise of hate & fascist policies of cruelty & corruption. He nervously awaited the day that he would see it soundly rejected & defeated. Join us at the Elmira Elks Club on Friday Oct. 11, from 5 to 8 pm, food will be served. A short memorial begins at 5:30. Party following at our home. Matt's tribute wall can be signed in obituaries at www.olthof.com

Age 82 Born 3rd of March 1937 - - died Friday 13, 2019 Matt passed peacefully at home at the end of long struggle with COPD. Characteristic that he would depart on the notorious Friday the 13th with a full harvest moon in the sign of Pisces,... View Obituary & Service Information

The family of Elijah E. "Matt" Matusicky created this Life Tributes page to make it easy to share your memories.

Send flowers to the Matusicky family.