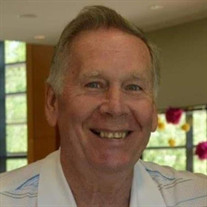 Elmer "Butch" Storch, Jr. Age 75 of Pine City, NY was called on Friday, March 11, 2022 to be reunited with his parents, Elmer Sr. and Jean Storch, brother, Daniel Storch, sisters, Barbara Molyneaux and Deborah Storch. He leaves behind his loving wife of 53 years, Marie, whom he married January 18, 1969 in Baltimore, MD. He is survived by his son, James Storch and grandchildren, Brittnie Albury, Allina Storch, Alexis Storch, and their mother, Rebecca Albury. His daughter, Dawn Storch and grandchildren, Xavier Ross, Zayne Ross, and their father, Chavales Ross. His sister, Sandra Parker (Mike Gee),many nieces and nephews. Butch was born October 22nd, 1946 in Groveland, NY. He was a 1965 graduate of South Side High School. On October 15th, 1967, Butch enlisted in the Army, during this time, Butch served a tour in Vietnam. After the military, he went on to work at the Center of Horseheads for 29 years. He then worked 9 years for Hilliard Corporation before retiring. He was an active member of the Pine City Fire Department, where he enjoyed serving his community, teaching EMT-first responder classes, amongst many other things. He loved spending time with his fire department family and playing cards after banquets with his brother Dan. Playing golf with his best friend, Jim Vanhorn was also one of his favorite pass times. Butch was the most loving, caring, patient, and devoted family man (Our own SUPERMAN). He will be missed by all so very much. Family and friends are invited to gather at Olthof Funeral Home, 1050 Pennsylvania Ave., Elmira on Tuesday, March 15, 2022 from 4-7 pm with prayer services starting at 7 pm. Butch will be laid to rest at Saints Peter and Paul Cemetery, Mt. Zoar Rd., Elmira, Wednesday, March 16th, 2022 at 1 pm. In lieu of flowers, donations may be made to the Pine City Fire Department, 1463 Pennsylvania Ave., Pine City, NY 14871 or Meals on Wheels, 409 Williams St., Elmira, NY 14901.

The family of Elmer L. Storch Jr. created this Life Tributes page to make it easy to share your memories.

Send flowers to the Storch family.