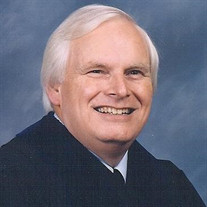 PINE CITY - Rev. Horace H. Stoddard age 80 of Pine City, NY, died on June 1, 2021 at Arnot Ogden Medical Center following a lengthy illness. He was born In Gloversville, NY on October 5, 1940, the son of Harry and Leah Rockwell Stoddard. Horace graduated from Mayfield High School in Mayfield, NY, in 1958, Houghton College in 1962, and Gordan Conwell Theological Seminary in 1965. On August 28, 1965, Horace married Ruth Shisler after 5 years of a long distance courtship. They celebrated 55 years of a loving marriage in August of 2020. He was very involved in the communities where he pastored churches. He was the Pastor at Lancaster, NY, First Baptist Church from 1965-1974. While there, he was involved in many ecumenical activities bringing churches to work together. He was often a speaker for community events. From 1974-2007 he was the Pastor at Pine City Baptist Church until he retired. His community involvement continued in Chemung County serving on the Board of Directors of Family Services of Chemung County including a term as the chairman of the board, he was the leader of the Elmira City School District’s Community Advisory Council for many years and produced a newsletter which had school and community events included. He has been host pastor of the Council of Churches radio worship on WENY- AM at 7:05 on Sunday mornings since 1974. He was chairman of the Council of Churches Easter Dawn Pageant at Draxler Park in Pine City since 1977. He served as President of the Council of Churches in the past, He was an on call Chaplain for Arnot Health during his retirement years. He conducted a Sunday service for the residents at Woodbrook once a month for many years. He also served American Baptist Churches of NYS on the New Church Development Board, Committee on the Ministry, and as Pastoral Care Team leader for the Living Waters Association. He was respected and loved by his congregations, his family, and American Baptist family. His willingness to look at situations with an open mind and ability to bring people together in consensus will be missed. He loved his children and grandchildren and was keenly interested in all their activities and accomplishments. His constant companions, Golden Retriever Zeke and cat Natalia will miss him as well. He was predeceased by his parents. Surviving in addition to his wife, Ruth, are his children, Amy (Mark) Lybarger of Clearwater Florida, Jill (George) Dombroske of Horseheads, and Scott Stoddard of Santa Monica California; his grandchildren, Rebekah Stoddard, Georgette Dombroske, and Jack Stoddard; his sisters, Norine Archer of Fairborn, OH and Marlene Hallock of Elmira; his sister-in-law, June (Sam) Costello of Greensboro, NC and several nieces and nephews. Calling hours will be held at Pine City Baptist Church from 11 AM-1 PM on June 7. A service of remembrance will follow at 1 PM in the church. Interment will be at Woodlawn Cemetery. The family requests memorial gifts be made to Pine City Baptist Church in his name. Online condolences may be made by visiting www.olthof.com

The family of Rev. Horace H. Stoddard created this Life Tributes page to make it easy to share your memories.

Send flowers to the Stoddard family.