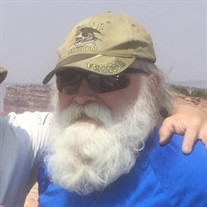 WELLSBURG – Maynard H. “Buster” Sampson, Jr., 69, of Wellsburg, passed away on Tuesday, August 24, 2021. Born on June 1, 1952 in Cortland, NY, he was the son of the late Maynard H. and Ruth (Comfort) Sampson, Sr. Maynard honorably served in the United States Marine Corp. during the Vietnam Conflict and was Honorably Discharged in 1975. He worked as a tool and die maker most of his lifetime, recently retiring from the Hilliard Corporation in Elmira after 13 years of service. Maynard was a kind hearted man who touched the lives of everyone in the hobbies he associated himself with. He enjoyed tabletop gaming, was an avid hunter, and loved his Harley Davidson's. He was a known New York State Archery Champion and enjoyed muzzle loading hunting and competitions. More than anything, he cherished the time that he shared with his children, granddaughter, great-grandson and his cats, Tig and Gee. In addition to his parents, he was predeceased by his brother, Kim Sampson. He is survived by his sons, Nicholas Sampson of Gillett, PA, Christopher (Tina) Sampson of Owego, Robert (Gianna) McKenzie of Elmira; his granddaughter, Nicole (Charles) Henley of Sayre; his great-grandson, Tayden Henley; his sister, Dawn Tilman of Syracuse; as well as several nieces nephews and cousins. An Honorary Military Burial will take place at 12 pm on Friday, September 3, 2021 at Cortland Rural Cemetery, 110 Tompkins Street in Cortland. Contributions in Maynard’s memory may be made to Veterans of Foreign Wars, 113 Keefe St, Elmira, NY 14904 or Chemung County Humane Society & SPCA, 2435 St Route 352, Elmira, NY 14903. Online condolences may be made by visiting www.olthof.com.

The family of Maynard H. Sampson Jr. created this Life Tributes page to make it easy to share your memories.

Send flowers to the Sampson family.