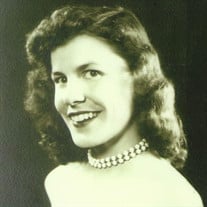 Trudy Elisabeth Barnard (Waltraud Elisabeth Wolf) passed away peacefully the morning of March 3, 2021 after an extended series of illnesses. Trudy was predeceased by the father of her children, Raymond Lofstrom, her second husband, Eric Barnard, and her last great love, Robert Milton. She was the longest lived of her siblings, Siegfried, Isle, Lore, and Lieselotte. She is survived by her daughter, Debbie Sutton; son David (Jeannette) Lofstrom, son, Donald (Debra) Lofstrom; granddaughter, Kathy Lofstrom, granddaughter, Christine (Eddie) Diorka; niece, Kim Wolf, nephew, Joe (Sandy) Wolf, nephew, Gary (Cathy) Wolf, nephew, Mike Wolf, niece, Pati (Roger) Wolf, nephew, John (Isabel) Wolf, nephew, Michael Horton as well as their extended families and a large network of dear friends. Trudy was born in Heidelberg, Germany on January 8, 1934. Her father Josef was a veteran of both WWI and WWII in the German Army. She lost her mother to cancer at the age of 14. She survived the trials of World War II and at the age of 17, she and her brother Siegfried immigrated to the United States. They were sponsored by their sister, Lieselotte and her GI husband Blaire Horton. She arrived in the US with her given German first name of Waltraud which was changed by immigration to “Trudy”. Trudy worked hard to learn the English language and US history. She proudly achieved US citizenship and was an avid cross word puzzle solver advancing her language skills her entire life. Trudy spent a large portion of her working life as a dental technician primarily at Barnard Dental Laboratory in Elmira, New York where she crafted porcelain crowns and other dental fixtures. She also spent many years as a dental assistant with Dr. Houghton and Dr. John Gibson. Her most proud role, however, was being a mother. Trudy was a demanding “German mother” but loved her children deeply and navigated their upbringing through both happy and challenging times. Her adventurism was the source of many fond memories. She was a giving neighbor and friend, donating blood regularly and helping those in need. Later in life one of her greatest joys was spending time at the Elmira Senior Center exercising and making friends. At her last home at Bethany Courtyards, she reacquainted with old friends and made new ones including her dear friends, Millie, Sue and Hanna. Trudy will be laid to rest in Woodlawn Cemetery in a private ceremony. Her arrangements have been entrusted to Olthof Funeral Home. In lieu of flowers, please consider donations to the American Red Cross if you wish.

Trudy Elisabeth Barnard (Waltraud Elisabeth Wolf) passed away peacefully the morning of March 3, 2021 after an extended series of illnesses. Trudy was predeceased by the father of her children, Raymond Lofstrom, her second husband, Eric Barnard,... View Obituary & Service Information

The family of Trudy Elisabeth Barnard created this Life Tributes page to make it easy to share your memories.

Send flowers to the Barnard family.