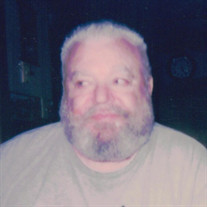 PINE CITY – William J. Coletta, 76, of Pine City, passed away on Saturday, August 29, 2020 at Arnot Ogden Medical Center with his wife by his side. Born on October 31, 1943 in Elmira, he was the son of the late John and Elizabeth (Myers) Coletta. On October 8, 1966, he married his partner in life, Elizabeth "Bridget" Haner in Wellsburg, NY, and they shared 54 wonderful years together. William served in the US Army from 1967 until 1969. For more than 40 years, he worked at Kennedy Valve in Elmira. William was a collector of all things. He loved going to flea markets and auctions just to see what treasures he could find. He would often be out repairing his tractors and four wheelers. His 1952 Chrysler Windsor that he took meticulous care of, caught the attention of a Star Gazette reporter who interviewed William about the car and the numerous awards that he had won with it over the years. More than anything, William enjoyed the time that he shared with his wife, children, grandchildren and great grandchildren. They meant everything to him. In addition to his parents, he was predeceased by his maternal grandparents, Frank and Frances Myers. Survivors include his wife of 54 years, Elizabeth "Bridget" (Haner) Coletta of Pine City; his children, Bill J. (Tammy) Coletta Jr. of Corning, Tammy L. Coletta of Corning; his grandchildren, Michael Coletta, Samantha Coletta-Vanzile, Dylan Coletta; and his great-grandchildren, Keeley, Morgan and Elliot. Services will be private and at the convenience of William’s family. Contributions in William’s memory may be made to the Chemung County Humane Society & SPCA, 2435 State Rte 352, Elmira, NY 14903.

The family of William J. Coletta created this Life Tributes page to make it easy to share your memories.

Send flowers to the Coletta family.