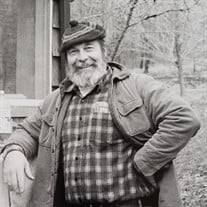 William &#8220;Bill&#8221; Schnippert. 77, of Elmira, NY, died sleeping with his beloved wife and soul mate, Dori. They were holding hands, and he died in the way he would&#8217;ve wanted. His daughters and sons-in-law were fortunate to be witness... View Obituary & Service Information

The family of William W. Schnippert created this Life Tributes page to make it easy to share your memories.

Send flowers to the Schnippert family.