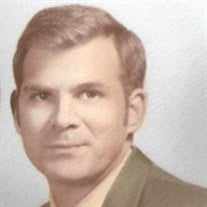 Watts, Harold K. Jan. 11, 1934 – Oct. 23, 2021 Harold Kenneth Watts went to be with the Lord on Saturday, Oct. 23 at the age of 87 at Arnot Ogden Medical Center in Elmira, New York surrounded by his loving family. He was born in Elmira and is predeceased by his loving wife, Winifred (Gardner) Watts, along with his parents Kenneth and Genevieve Watts and his sister Jeanne (Watts) Cheeseman. He and his wife Winnie wed on Dec. 28, 1957 at Oakwood United Methodist Church in Elmira Heights, New York and shared more than six decades together, dedicated to their family, business and service to their community. He is survived by children Michael Watts (partner Vicki Rachel), Mark Watts, Barbara Miller (husband Timothy Miller) and Charlene Watts; grandchildren Anthony Popkin (wife Thia Popkin), Lottie Mae Watts, Nathan Watts and Gemma Decker; and great-grandchildren Ezrah Popkin and Uriah Popkin; as well as brother Robert Watts, cherished nieces and nephews and dedicated caregivers, including Barb Hart. A graduate of Southside High School, he served in the United States Marine Corps and earned an associate degree from Alfred State. He worked at Remington Rand as a drafter and National Homes before branching out on his own, founding Watts Real Estate. He rose to great heights in his field and was recognized as a co-recipient of the 1985-1986 Realtor of the Year award for the Elmira-Corning Regional Board of Realtors. He was a dedicated volunteer with the Southport Business Association, Kiwanis Club and Christmas Land, coached basketball and baseball for Southport Recreation and was an avid golfer and bowler. He was the founder and president of the Brand Park Beautification Committee, committed to the mission of restoring the park at Maple Avenue to its original beauty and splendor and led the charge to overhaul a neglected community treasure with enhancements – including a bandstand to host free, weekly concerts and the annual Olde Tyme Summer Festival – for the public to enjoy. He enjoyed giving new life to things that would have otherwise been thrown away – from old frames to antique lamps that needed rewiring (along with carefully chosen new shades with fringe), to Victorian mansions built for a single family that had been converted to house multiple families. He advocated for historic designation for Maple Avenue and helped the neighborhood get listed on the National Register of Historic Places. He was also a collector of carnival glass, novelty radios and coins. He would often say jokingly, “I like green no matter what color it is.” He loved watching birds – especially vivid red cardinals and vibrant blue jays – feed at the bird feeders next to the patio at his home. He had a brilliant mind for numbers and architecture – as well as a dry humor and talent for teasing those he held dear. He loved songs and singing along. He will be missed dearly by family and friends who adored his wit, thoughtfulness and charm. Visiting hours will be held Thursday, Oct. 28 beginning at 11 a.m. at Olthof Funeral Home, 1050 Penna. Ave. in Elmira with funeral services at 1 p.m., followed by interment with military honors at Fitzsimmons Cemetery in Southport. In lieu of flowers, please donate to a charity of your choosing or to the Harold and Winnie Watts Brand Park Trust Fund at communityfund.org or by mail to: Community Foundation of Elmira-Corning and the Finger Lakes, Inc. 301 South Main St., Horseheads, NY 14845. On line condolences may be made at www.olthof.com.

The family of Harold K. Watts created this Life Tributes page to make it easy to share your memories.

Send flowers to the Watts family.