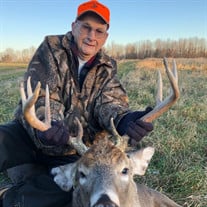 Wright, Homer Donald age 92 of Elmira, NY passed away peacefully surrounded by his loving family at home on November 3, 2021. Homer was born June 24,1929 in Columbia Cross Roads, PA growing up in Gillett, PA. He was the son of the late Chauncey and Bertha Holton Wright. In addition to his parents Homer was preceded in death by his loving wife of 71 years, Betty (Thorp) along with his siblings, Chauncey (Jack), Richard (Dick), Ethel (Pierce), Albert (Albee), Walter (Pete) and Jane (Alexander). Homer is survived by his sister Frances (Shaffer) children Axieann (Keith) Knowlden, Charles (Marcalene) Wright & Calvin (Angela) Wright; 14 grandchildren, Scott (Julie) Knowlden, Christy (Steven) Randall, Brad (Alicia) Knowlden, Ryan (Vanessa) Wright, Brandon (Ellen) Wright & Erin Wright and fiancé Christopher, Marissa Curran (James), Nichole Curran and Amanda Lloyd; Jack (Michelle) Wright, Stephen (Amanda) Wright, Chad Wright and fiancé Zachary, Ashley Hurler and fiancé Russell, Jessika Hurler; 26 great grandchildren, and many nieces and nephews, and special grand dogs Mia and Molly. Growing up Homer worked with his dad in the woods skidding logs. He then went to work with his brother Chauncey at Valley Glass & Mirror Works in Waverly, NY from 1954 to 1981. Don joined Binghamton Plate Glass Co in 1981 until he retired in 1989 at the age of 60 years. Homer was a member of the Glazier’s, Architectural Metal and Glass Workers Local 677. He worked harder after retirement building and doing remodeling projects for his 3 children and many grandchildren which he was so proud to show off to his friends and family. Anybody who was lucky enough to know him knew he was always there to lend a hand no matter how big or small the project was. You could always count on Don, Dad or Grandad. If he wasn’t at work or in the woods, you could find Betty and him square dancing or card playing. Homer was an avid hunter, fisherman and all-around outdoors man. He go his last buck, a big 9 point at age 90 and caught his last fish, a 3# 18” catfish just 2 weeks prior to passing. He especially loved the time spent talking hunting and politics with his family and many friends. He loved following Joey Logano in Nascar and Friday nights at the local track watching his favorite superstock driver Frankie Chapman as well as his great-grandson Zack Knowlden in his #4 modified. He was a member of the First Church of the Nazarene for 50 plus years. At Homer’s request, no services will be held. Should friends desire, contributions may be sent to: Care First 3805 Meads Creek Road, Painted Post, NY 14870 or an animal charity of your liking. Homer’s guestbook may be signed at www.olthof.com. Homer’s family would like to give a special thanks to Dr. Steven Greenberg, Leia, and the rest of the office staff at Arnot Health for the exceptional love and care given to our father over the years and making sure we were able to carry out his wishes of being at home. Also, a thank you to the Blue support team of Care First.

Wright, Homer Donald age 92 of Elmira, NY passed away peacefully surrounded by his loving family at home on November 3, 2021. Homer was born June 24,1929 in Columbia Cross Roads, PA growing up in Gillett, PA. He was the son of the late Chauncey... View Obituary & Service Information

The family of Homer D. Wright created this Life Tributes page to make it easy to share your memories.

Send flowers to the Wright family.