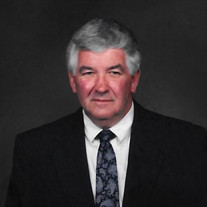 Age 83, of Corning, NY, passed on Saturday, November 28, 2020 at home with his devoted wife, Louise, and his son, James Eugene at his side. Jim is survived by his wife Louise; his sisters, Rose Drumm, Theresa Barnstead and Anna Mae (Donald) Evans; his children, James Eugene and Deborah (James) Danko; his grandchildren, Jaime (Michael McCurry) Danko, Dylan Danko and Desiree Danko; his great-grandchild Charlie McCurry; and numerous nieces and nephews. He is predeceased by his parents, James and Kathleen (McCarthy) Lynch, who each emigrated from Ireland; his sister, Eileen Smith; his brothers-in-law, Wilfred Barnstead and George Smith; and his faithful furry companions Reilly and Zachary. Jim was born in 1937 in Elmira, NY and lived there until moving to Corning, NY in 1995. He graduated from St. Mary’s Grade School and Notre Dame High School. He and friends manually set pins at the school’s six lane bowling alley during his last year at St. Mary’s. At the age of 14 he started working part-time at Karam’s Giant Market (a corner store) where he learned the trade of meat cutting. After high school he went to work for the A&P Tea Co. as a meat cutter. In 1976 he went to work for the NYS Dept. of Corrections (at “The Hill”) as a meat cutting instructor, and later became a corrections officer. He retired as a corrections officer in 1998. Jim served in the US Army Reserve and honorably retired with more than 20 years of service. Jim and his family also ran a deer cutting service at their home on Broadway in Elmira, starting in the early 1970’s and spanning more than 20 seasons. Jim was an outgoing man and enjoyed helping others throughout his life. He was a lifetime member of the American Legion, Post #154 and a member of the Ancient Order of Hibernians. Jim served on the board of Madame Halina’s ballet company, volunteered for the Wranglers Drill Team, for the Boy Scouts of America and for the Red Cross. After retiring, he was a volunteer driver for the Disabled American Veterans, was a volunteer driver for Meals on Wheels, and volunteered at Brand Park concerts selling raffle tickets to support the bands. He was an active member of New Beginnings United Methodist Church (and its predecessor, Centenary Methodist). Jim also did personal volunteering for some “older” folks. He was always willing to help those in need. Jim married the love of his life, Louise Viele, in 1958. He was a devoted husband, father and grandfather. He enjoyed working in the yard, gathering and chopping wood, visiting with friends at the Arnot Mall, and cuddling with his furry pals. He also enjoyed traveling and taking cruises. The family extends thanks to Dr. Mauri and his wonderful staff at AOMC, and to the nurses from CareFirst, for the superb care provided. In lieu of flowers, the family prefers donations be made in Jim’s memory to New Beginnings United Methodist Church, 300 East Miller Street, Elmira, NY 14904 or CareFirst (Hospice, Palliative Care and Grief Services), 3805 Meads Creek Road, Painted Post, NY 14870, CareFirstNY.org. Calling hours will be held at New Beginnings United Methodist Church at 300 East Miller Street in Elmira on Friday, December 4th from 11:30 am to 1:30 pm, with funeral service immediately following. Afterwards, there will be a funeral procession to Woodlawn Cemetery in Elmira for interment. Given the ongoing Covid-19 pandemic, only attend if you are comfortable with doing so, have no symptoms, and adhere to preventive actions: wearing of mask, social distancing, and sanitizing hands often. Jim’s tribute wall may be signed at www.olthof.com.

Age 83, of Corning, NY, passed on Saturday, November 28, 2020 at home with his devoted wife, Louise, and his son, James Eugene at his side. Jim is survived by his wife Louise; his sisters, Rose Drumm, Theresa Barnstead and Anna Mae (Donald)... View Obituary & Service Information

The family of James J. Lynch created this Life Tributes page to make it easy to share your memories.

Send flowers to the Lynch family.