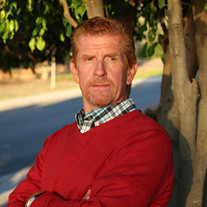 HORSEHEADS – James ”Jimmy” Patrick Maguire, 56, of Horseheads, passed away at home on Wednesday, February 3, 2021, surrounded by his loving family after a battle with cancer. Born on September 2, 1964 in Elmira, NY, he was the son of the late James Edward and Patricia Helen (Madden) Maguire. Jimmy was a 1982 graduate of Horseheads High School and he went on attend Monroe Community College. He proudly served in the U.S Army. Over the course of Jimmy’s successful career, he founded several companies in communications, finance and marketing that employed hundreds of people. In the mid 1990’s, he was named Entrepreneur of the year in Florida. Jimmy will always be remembered as being the life of the party. He enjoyed golfing, boating, sports especially baseball and spending time at the beach with his family and friends. More than anything, he cherished the time that he shared with his family. He is survived by his wife, Patricia Maguire; his daughters, Martha Maguire and Morgan Maguire; his sisters, Mary "Marcie" (Jim) Lumm, Stacie (Robert "Vern") Cook; his nieces and nephews, Mathew Lumm, Kyle Lumm, Jessica Lumm, Hali Koren, Garret Anderson; many other extended family and friends; as well as his cat and friend, Buddy Boy. A memorial service will be announced at a later date.

The family of James "Jimmy" Patrick Maguire created this Life Tributes page to make it easy to share your memories.

Send flowers to the Maguire family.