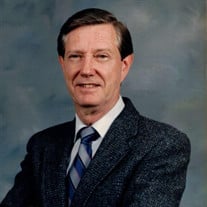 HORSEHEADS – James L. Nixon, 89, of Elmira, NY passed away on Monday, January 11, 2021 due to complications from SARS-CoV-2(COVID-19). Born on July 30, 1931, in Ithaca, NY, he was the son of the late Douglas and Ruth (Preston) Nixon. Jim served in the US Army during the Korean Conflict. While serving, he was a proud member of Pershing’s Own, the US Army’s premier musical organization. He was honorably discharged in 1954. On August 31, 1973, he married the love of his life, Sharon M. Weiss, and they shared 47 wonderful years together. Jim was a highly respected and talented drummer. He played with many musicians over the years, including local contemporaries Erv Braun, Ira Heyward, Sr., and John Knapp. Jim also had a beautiful singing voice. Jim was an avid sports fan and watched the Washington Redskins any chance he had. Jim excelled in Track and Field at Elmira’s Southside High School and also played football there. In 1946, he played a role in the naming of the Southside High School sports teams, the Green Hornets. Jim’s faith was central to his life. He was a devoted member and Elder of the Seventh-Day Adventist Church, where he often shared his musical talents. Family was always Jim’s first priority. He was a loving and dedicated father who worked hard to provide for his wife and children. He was a gentle and kind soul, loved by all who knew him. Jim is predeceased by his parents, Douglas and Ruth Nixon; his son, Steven Nixon; and his sisters, Mary Lou Liddick and Jean Matthews. Survivors include his wife, Sharon M. Nixon of Horseheads; his daughter, Jennifer Nixon of Elmira; his son-in-law, Tony Cornish of Elmira; his son, James M. Nixon of San Bernardino, California; his grandchildren, Heidi Beck and Lowen Cornish; and many nieces and nephews. Contributions in Jim’s memory may be made to ALSAC/St. Jude Children's Research Hospital, 501 St. Jude Place, Memphis, TN 38105 or Shriners Hospitals for Children, 2900 Rocky Point Dr. Tampa, Florida 33607.

The family of James L. Nixon created this Life Tributes page to make it easy to share your memories.

Send flowers to the Nixon family.