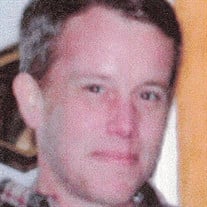 ELMIRA – Patrick Joseph Barrett, 55, of Elmira passed away on Tuesday, November 17, 2020 after a prolonged illness. Born on August 24, 1965, he was the son of Judith K. Sadler and the late James Jay Barrett. Patrick was a 1984 graduate of Southside High School in Elmira and became a well-known chef at many local restaurants. He enjoyed cooking, music and auto racing. In addition to his father, Patrick was predeceased by his stepfather, James Pratt, Sr. He is survived by his mother, Judith K. Pratt of Elmira; his sister, Jill (Roger) Bloomer of OH; his brothers, Stephen Barrett of Elmira, James (Jamie) Pratt of Elmira, William “Coppy” (Robin) Hawk of FL; his nieces and nephews, Brandon Couch, Joshua and Amy Pratt, and Brandi, Brittany and Bradley Hawk; as well as many aunts, uncles and cousins. Burial in Woodlawn Cemetery in Elmira, NY will be private. Patrick’s family would like to thank his aunt, Winnie Bowman for care and support during his illness. Contributions in Patrick’s memory may be made to the Chemung County SPCA, 2435 State Rd 352, Elmira, NY 14903.

The family of Patrick Joseph Barrett created this Life Tributes page to make it easy to share your memories.

ELMIRA – Patrick Joseph Barrett, 55, of Elmira passed away on...

Send flowers to the Barrett family.