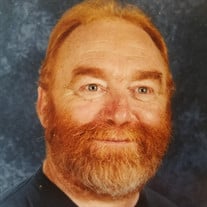 Richard T. Lapierre (Red), age 64 Of Pine Valley, NY died on 12/03/2018 after a valiant battle with melanoma cancer. Born in Haverhill, MA in 1953, predeceased by his parents, George and Lorraine Lapierre; sister-in-law, Carol (Cleary) Denson. Red came to New York in 1978 where he met his best friend and wife, Patricia (Cleary) Lapierre. Red and Pat have spent 40 years together. Red and Pat’s love of music took them too many concerts and was a love they passed on to their children. Red is survived by his loving wife and children, Shawn (Yuliya Lapierre) and Erica Lapierre (David Padgett) grandchildren; Lydia and Karina (Lapierre), Ellie and Ronan (Padgett). Red is survived by his brothers; Raymond (Sharon) Lapierre, George (Maureen) Lapierre, Robert (Debbie) Lapierre, sister Lorain (Peter) Anderson, Rosann Lapierre and Tillie Lapierre. Red is also survived by all of his wife’s family; Edward (Maryann) Cleary, Doreen (Lester) Hartman, Tim (Mary) Cleary, and Valerie (John) Clemons; brother-in-law, Burt Denson, and some special friends; Billy, Dick, Doug, Bruce, and so many more. Red was most proud of his children and grandchildren. Red was an extremely hardworking man, a licensed master plumber, owner and operator of Red’s Plumbing and Red’s Paintball. Red was an avid hunter and paintball player. Red was a motorcycle safety instructor who loved to ride and rebuilt his 1976 Harley bolt by bolt. His grandkids and kids knew that he could fix anything and nicknamed him MacGyver. Red was always willing to help anyone. After retiring from Odessa-Montour School District as Superintendent of Buildings and Grounds, Red became involved with the Town of Veteran Board, and was instrumental in getting a grant for solar power and an electric car charger for the Town. Red was a favorite Uncle to many nieces and nephews and was a father-figure to so many of Shawn and Erica’s friends. His heart and love will be missed by so many. A celebration of Red’s Life will be held on December 16th from 11am to 3pm at the Horseheads American Legion.

The family of Richard T Lapierre created this Life Tributes page to make it easy to share your memories.

Send flowers to the Lapierre family.