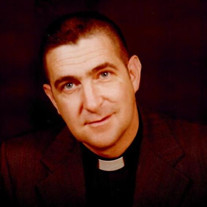 Reverend Robert D. Smith, formerly of Schoharie, NY, passed away on Friday, April 26, 2019, in Elmira, after a courageous 17-year battle with Parkinson’s Disease. Robert was born in Germantown, MD, to the late Ray and Glenna (DuVall) Smith. He met his wife, Julia, while attending Maryville College in Tennessee. Knowing he had been called to be a Presbyterian minister, Robert continued on to the Western Theological Seminary in Pittsburgh. After graduating from seminary, he began his early ministry by living the gospel as a community organizer in the inner cities of Detroit, Chicago, and Washington, D.C. In 1970, Robert and his family moved to Schoharie, where he began his 17-year ministry as pastor of the Schoharie Presbyterian Church larger parish which was composed of Carlisle, Esperance, Breakabeen, and North Blenheim churches. During this same time period in Schoharie, Robert, even with all of his familial and religious responsibilities, created time to appreciate the simple, quiet beauty of life. One of his life’s many projects was to hand-build a beautiful stone house modeled after those he saw while participating in an ecumenical work camp in Denmark. In many ways, this embodied his persistence and dedication to long term goals. Just as Robert carefully selected sedimentary rocks and stones from creek beds and fields to form the foundation of his house, he immersed himself in numerous settings to lay the groundwork for being a minister. Just as he admired the beauty and the challenges of the rocks in their earthly journeys, Robert applied thoughtfulness when he ministered to the sick, homeless, and poor, as a pastor. After choosing the stones for his house, Robert methodically, boldly, and enthusiastically constructed a house with breathtaking features--a spiral staircase, and graceful, measured leaded glass windows. This deliberate, authentic attitude translated to the 17 years that he oversaw the Schoharie parishes. His open-mindedness and resourcefulness during construction mirrored his admirable ability to foster long term growth in congregations and communities, highlighting their strengths and beauty. Indeed, the finished product, a “stone house on the hill,” worthy of its Danish inspiration, served as a noble tribute to Robert’s most important values in life: service and love. Simply, Robert strived to exemplify the principled life that Jesus--a carpenter himself, no less--called upon us to live as children of God. At the conclusion of his time in Schoharie, Robert spent one year in Scotland participating in a pulpit exchange before living in the “stone house on the hill.” Several years later, Robert returned to his calling, which was his passion for revitalizing urban congregations, such as the ones at the Schenectady State Street Presbyterian Church and the Vale Community. In addition, he enjoyed serving the congregation at Christ Church of the Hills in Rotterdam. Later, he was given the honorary title of Pastor Emeritus of the Schoharie United Presbyterian Church. In addition to his parents, Robert was preceded in death by Julia, his beloved wife of 55 years; son, Stephen; and sister, Gay Fetrow. He is survived by his children: David (Donna) of Limington, ME; Mark of Goodland, FL; Jonathan of Cobleskill, NY; Amy (Peter) Finnerty of Elmira; his daughters-in-law, Susanne (Marcy, NY) and Denise (Cobleskill, NY); his sister, Patricia Watkins of Frederick, MD; his grandchildren, Hayden and Harrison (Stephen), Emma (David), Zackary and Alexander (Jonathan), Andrew, Patrick, and Alisaundre (Amy); along with many cousins, nieces, and nephews. A memorial service for Robert will be held on Saturday, May 11th at 1pm, at the Schoharie United Presbyterian Church. Please join his family in celebrating his life. In lieu of flowers, please make a donation to the Schoharie United Presbyterian Church or Schenectady State Street Presbyterian Church.

Reverend Robert D. Smith, formerly of Schoharie, NY, passed away on Friday, April 26, 2019, in Elmira, after a courageous 17-year battle with Parkinson&#8217;s Disease. Robert was born in Germantown, MD, to the late Ray and Glenna (DuVall)... View Obituary & Service Information

The family of Rev. Robert D. Smith created this Life Tributes page to make it easy to share your memories.

Send flowers to the Smith family.